My battery drains quickly even when the cable is not plugged in/Even though I changed my battery, the output seems very low

There was an issue on the first shipment of the 2017 models that was not caught in time, and a few similar issues since the change to Pure Tone jacks. This kind of problem can manifest itself in two different ways:

1. The battery drains quickly, even when the cable is not plugged in, or
2. The output signal is very weak.

Battery drainage is either caused by soldering points of the jack touching the backplate/conductive paint of the electronics cavity or unintentionally touching each other when the cable is not plugged in. The solution is to either rotate the jack into a position where it's not touching it's surroundings or slight bending of the connectors away from each other. In case nothing seems to solve the problem, the jack might need to be exchanged. When in doubt about the source of the problem you're experiencing, please get in touch with us: support@strandbergguitars.com

The problem with weak output signal is usually caused by a similar scenario as described above and is solved in the same way. Whenever a part of the circuit through which the output signal passes is touching the ground, this will result in a weak output signal. When in doubt, please get in touch with us. 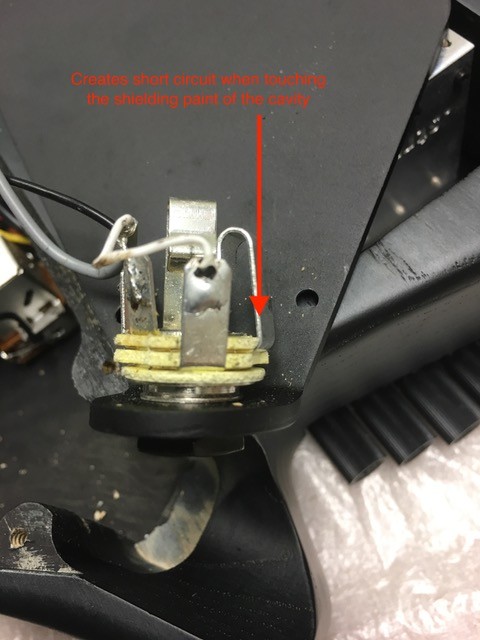 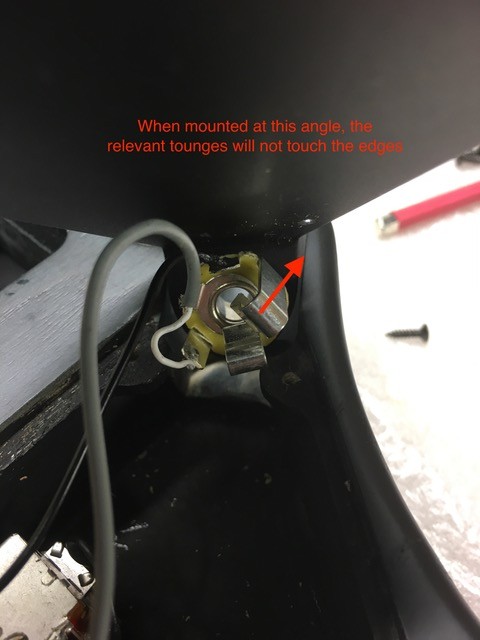